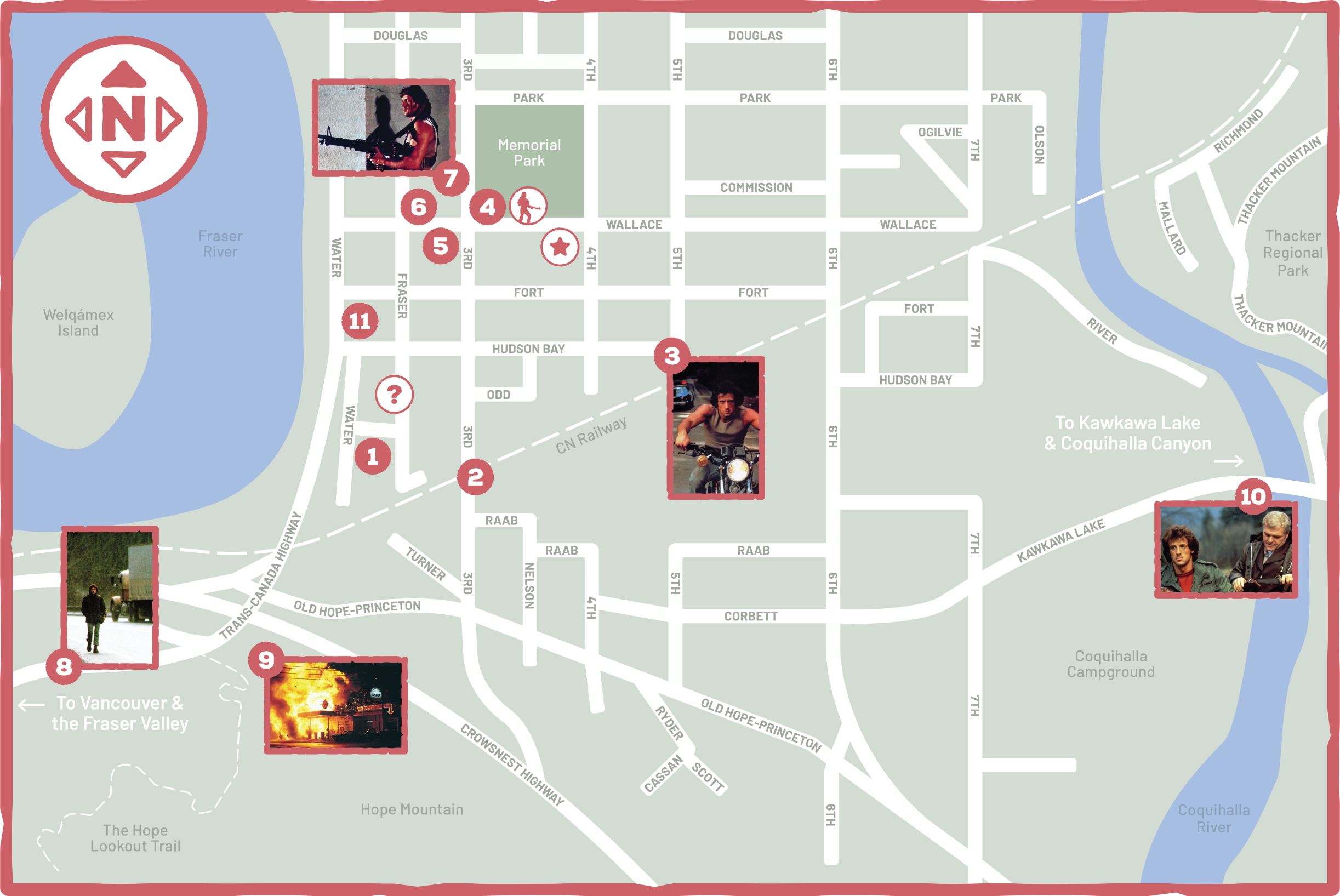 October of 2022 marks the 40th anniversary of the release of Rambo: First Blood. Although the release of the film was decades ago, there are still many recognizable film landmarks here today! Take the walking tour of these iconic film landmarks to immerse yourself in Rambo’s struggle in Hope!

Start your tour at the Hope, Cascades & Canyons Visitor Centre to grab your Rambo Souvenirs!

2. Fleeing from the police, Rambo – driving the stolen motorbike – soars over the train tracks on 3rd Avenue.

3. With the police in hot pursuit, Rambo speeds past the iconic “H-tree” on Hudson Bay Street. 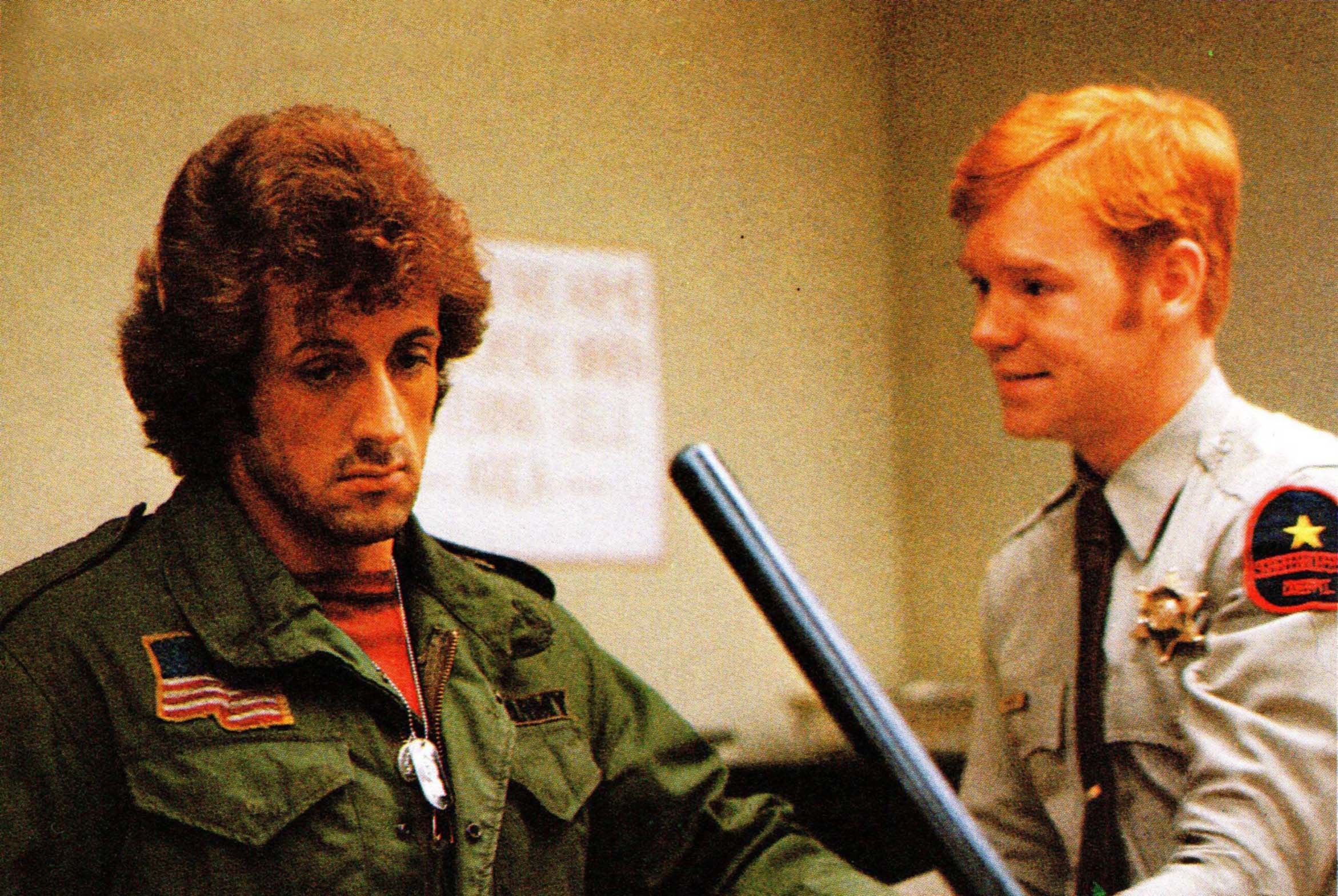 4. The Sheriff’s station was located in front of District Hall, at the corner of Wallace Street and Third Avenue. 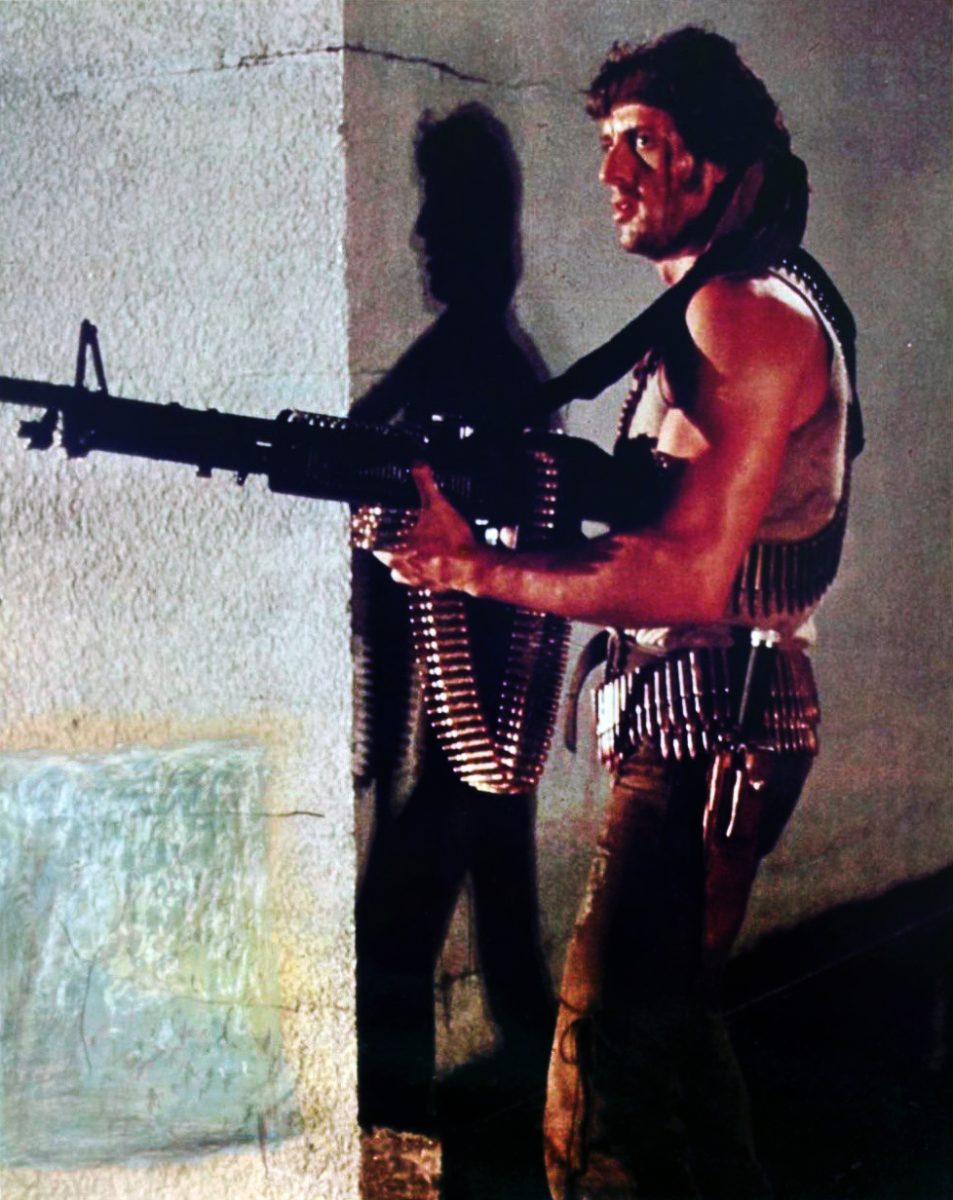 5. Find what was Mountain Savings in the film at 10-800 3rd Avenue, one of the several retail victims of Rambo’s actions in the town during the climax of the film. 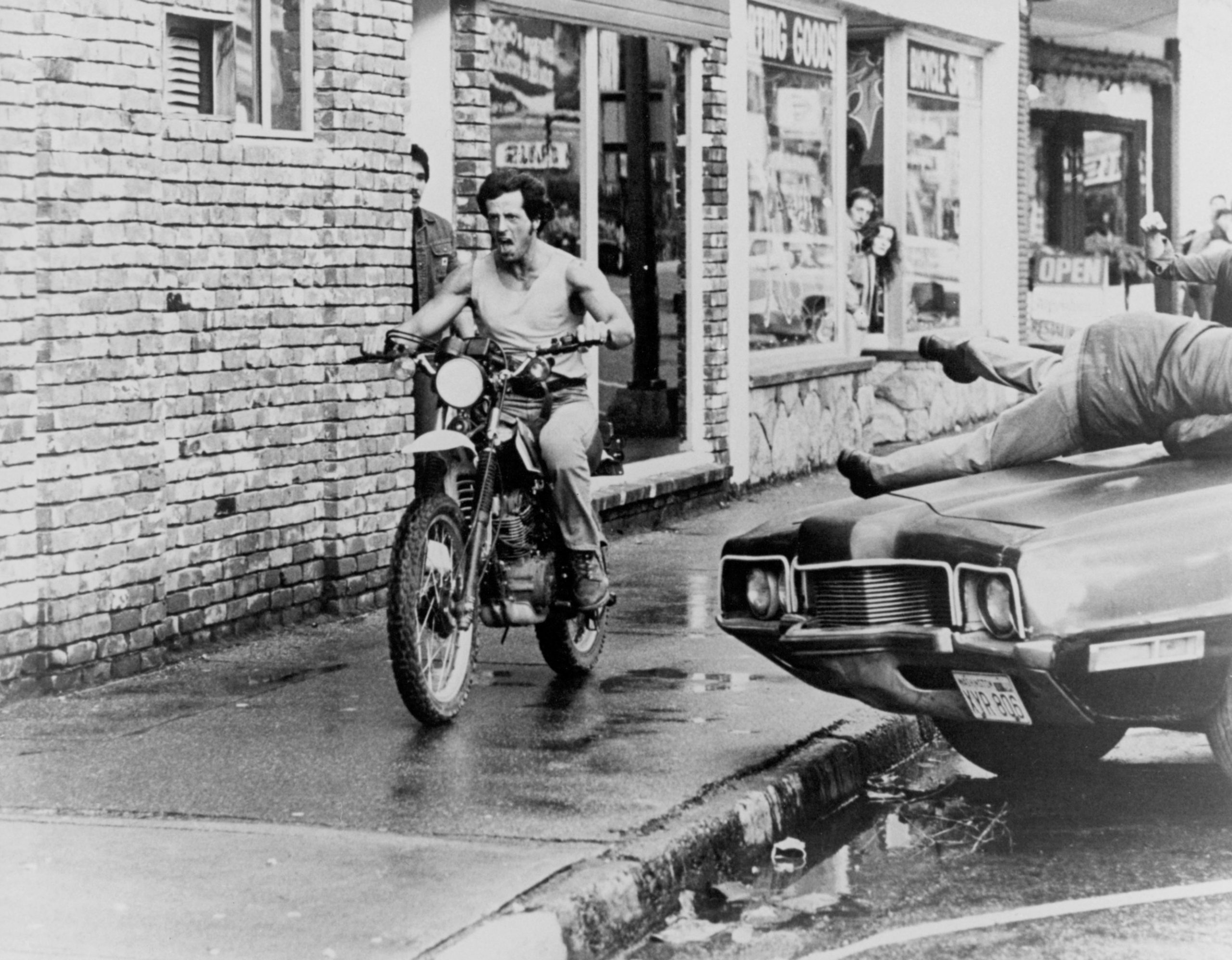 6. Rambo races the stolen motorbike up the sidewalk of Wallace Street, all the while weaving through the pedestrians, some perhaps out for a day of Christmas shopping.

7. The Outpost Gun Shop was built at the intersection of Commission Street and 3rd Avenue. It was built specifically to be destroyed during filming and was done so in an explosive fashion by John Rambo.

8. The intersection of Old Princeton Way and Water Avenue is where Rambo walks under Hope’s original “Welcome to Hope” sign and “Gateway to Holidayland” wooden archway. Remnants of the archway can be seen at the entrance to the Hope Lookout Trail.

9. Here you’ll find the locaiton of the gas station that Rambo blows up as a diversion. The station was built specifically to be destroyed.

10. The sheriff drops off Rambo on the bridge to Portland, Oregon at the beginning of the movie. The original bridge was dismantled in 2011. 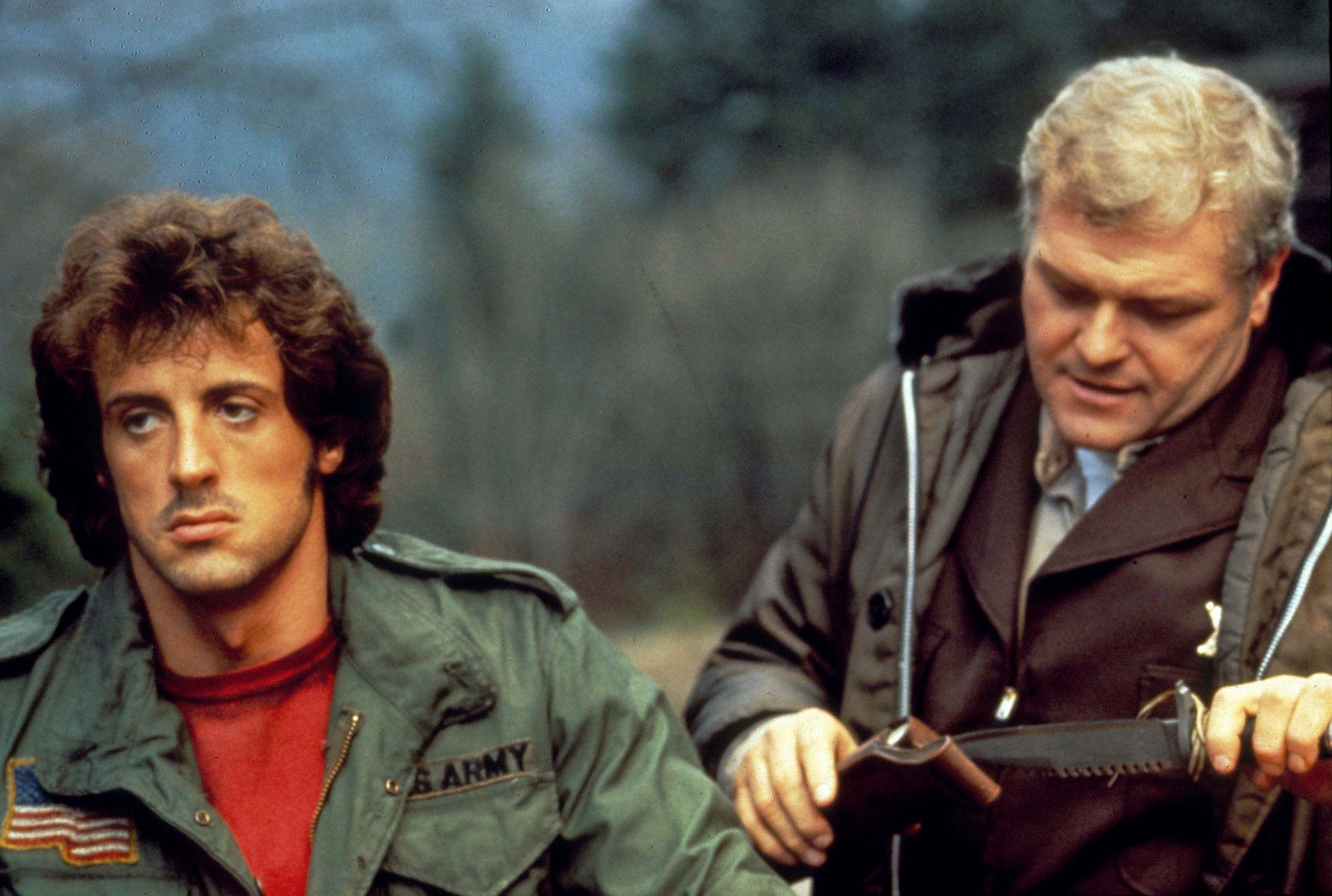 11. While evading the sheriff, Rambo navigates the motorbike through the Chevron gas station. The distinctive red roofline of what is now Hope Pizza Place can be seen in the background of the scene.

October of 2022 marks the 40th anniversary of the release of Rambo: First Blood. This year, Hope, Cascades & Canyons is honouring the anniversary with a huge weekend celebration right here in Hope, where the chronicle of Rambo began! Click the button below to learn more about this awesome upcoming event and where to get your tickets!